Lately I've been reading up a storm, but I just keep forgetting to write the reviews. Sorry.

Four Best Friends.
And Then One Went Missing . . .
In college, Griffin McCray and his three best friends had their lives planned out. Griffin and Luke Gallagher would join the Baltimore Police Department, Declan Grey would head to the FBI, and Parker Mitchell would study to become a crime scene analyst. But then Luke vanished before graduation and their world--and friendships--crumbled.

Now years later, Griffin has left the police and his friendships behind. Still trying to forget a case that went bad when he was a SWAT team sniper, he's living a quiet life as a park ranger at Gettysburg. Quiet until skeletal remains are uncovered near Little Round Top--and they aren't Civil War-era.

Griffin just wants the case to go away, but charming forensic anthropologist Finley Scott discovers evidence pointing to the work of an expert sniper. When FBI agent Declan Grey steps in to take over the case, past and present collide. Griffin soon realizes he'll need to confront some of the darkest days of his life if he--and those he cares about--are going to escape a downward spiral of crime, danger, and murder.


I'm going to give this book 5 stars.

1: The intercharacter dynamics were amazing. I loved how they worked together in the different situations. And Finley and Griff make the CUTEST couple. Ever.

3: The spiritual journey's of the different characters were great. One of the reasons I love Dani Pettrey's books.

4: The crazy part of this book, and this might or might not be a SPOILER, is that there are two sets of bad guys, which is a really unique way to go. You just play the bad guys off of each other and then distract them that way. Genius!

5: By the end, I was in tears. I didn't want it to stop. Talk about emotionally over-investment. But that's not always bad. (Or is it? I don't know.) 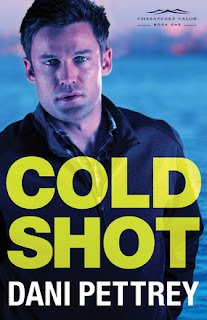