So this is gonna be a long post again guys! But that's okay, because I know you're gonna like it!


Being a cripple is only the beginning of Lia’s troubles. It seems as if Bioti’s goal in life is to make Lia as miserable as possible. If Lia’s purpose is to be a slave, then why did God make her a cripple? How can He make something beautiful out of her deformity?
Raoul never questioned the death of his daughter until someone reports her whereabouts. If Ellia is still alive, how has she survived these ten years with her deformity? When Raoul doesn’t know who to trust, can he trust God to keep Ellia safe when evidence reveals Bioti’s dangerous character?
As time brings more hindrances, will Raoul find Ellia, or will she forever be lost to the father she doesn’t even know is searching for her?

1: First off, this has a really captivating storyline. I was rooting and cheering, and about half-way through or maybe less I just let out a rush of air in complete frustration. I was totally in there. And I read it straight through. No way was I going to put this book down!

2: The author made completely lovable characters. I kept bouncing back and forth between wanting to see through Ellia's POV and Raoul's POV. I loved both those characters, and Noel, and Dumphey, and Jolin so much. I just want to read more about them. I want to know what happens next. And I know you will too after you read this book!

3: Ellia finding her way to Christ in the dungeon was so amazing. And seeing the way her limp truly worked out for the best was incredible too!

4: There are very few bad guys I've hated more than Bioti. She was just so.....(You can't tell but my fingers are doing that weird dance thingy over the keys because I can't find the right word to vent all my anger and frustration)

5: That ending though... just about squeezed my heart out! I was not ready for the book to be done! At all..... 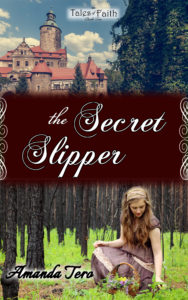 I received this book through CelebrateLit. This is my honest review.

Amanda Tero is a homeschool graduate who desires to provide God-honoring, family-friendly reading material. She has enjoyed writing since before ten years old, but it has only been since 2013 that she began seriously pursuing writing again – starting with some short stories that she wrote for her sisters as a gift. Her mom encouraged her to try selling the stories she published, and since then, she has begun actively writing short stories, novellas, and novels.
If something she has written draws an individual into a deeper relationship with Jesus Christ, it is worth it!

Do you ever have plans that come up from almost nowhere? That is kind of how “The Secret Slipper” started. I had written a fun novella, “Befriending the Beast.” It was a stand-alone. Just for fun. My relief project during a longer project. Well, no sooner had “Befriending the Beast” released when a friend asked me, “Hey, have you considered a father/daughter Cinderella story?” That night I stayed up until after midnight, mulling over ideas and coming up with the title. Lord Kiralyn, who appeared in “Befriending the Beast” as Belle’s uncle now had a story—involving a daughter that I didn’t know existed, but whose existence created a whirlwind of adventure, heartache, and excitement. And now that I have two books in the series, my brain is already pulling at ideas for a book three. But that’s another story for another day. 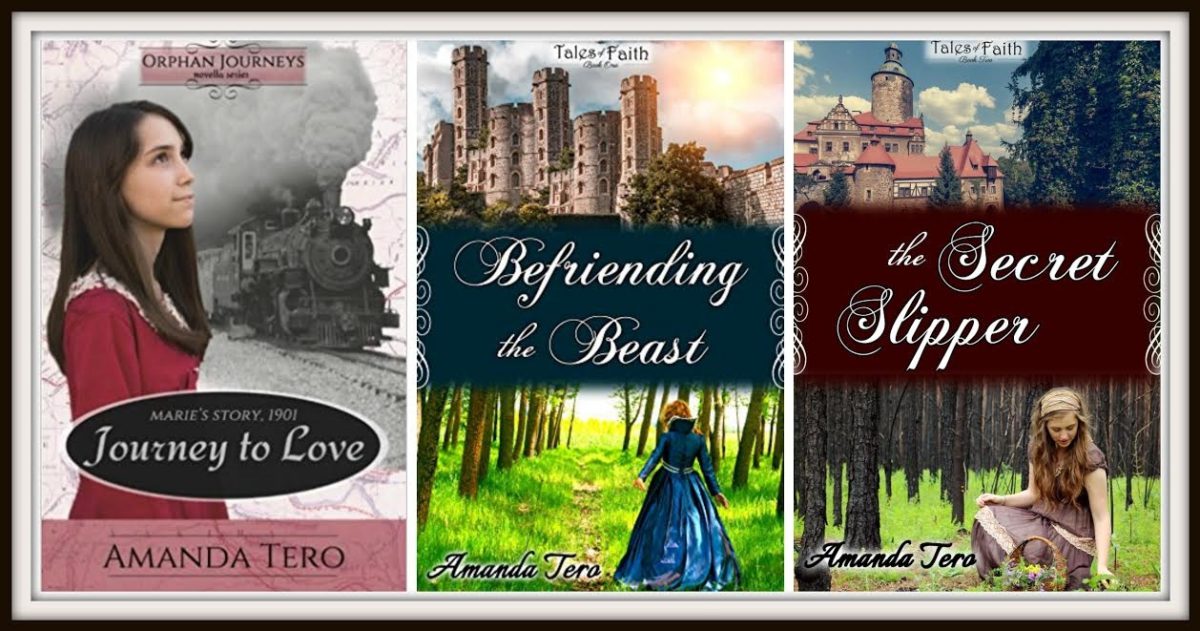 To celebrate her tour, Amanda is giving away a grand prize of paperback copies of Amanda’s three novellas: Journey to Love, Befriending the Beast, and The Secret Slipper.Click below to enter. Be sure to comment on this post before you enter to claim 9 extra entries! https://promosimple.com/ps/b994

You will love this book! I'm being serious!
Click here to purchase your copy.

Want to know what other people thought? Follow the tour!

Thanks for sticking with me. I know it's a long post. But totally worth it! Am I right?!