Review: The Words Between Us by Erin Bartels

The Amazon Blurb: A reclusive bookstore owner hoped shed permanently buried her family's sensational past with a new name. But when the novels she once shared with an old crush begin appearing in the mail, its clear her true identity is about to be revealed, threatening the new life she has painstakingly built.

The Words Between Us was an automatic yes because there were books on the cover. Isn't that awful? Oh, well. Such is life. But the more I read it, the more I wondered, why did I let a cover sway me so much? The story was a first person time-slip with a really cool plot which I really liked. However, the story contained a bajillion slangy uses of crap and heck, as well as a ton of alcohol and one character who was pretty sleazy. For a Christian book, I felt like there wasn't a ton of great content that would make me want to recommend this to my friends. I enjoyed reading it, and it was a captivating story, but it just wasn't for me, and I don't think I'll be reading it again. The ending, too, was iffy, as the MC and her boyfriend-but-not went to live on an island together doing research. Maybe I missed something, but overall, I wasn't as impressed as I wanted to be. Which makes me sad, because I was so down for this book! I wanted it to be the best thing since sliced bread, and it wasn't. (I feel awkward writing a not-good review, but I'm supposed to be honest, right?) It was a good distraction from homework, but I didn't feel elated at the end. I did really enjoy all the literary references throughout the story/stories. That was really good. And Sarah's project at the end was pretty neat. Bottom line: This is the first 3.5 star book I've had in ages. But who knows, it may be what you like. Everyone is different. 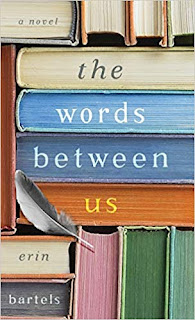 I received a copy of this book from Revell Reading Program.
Posted by Live. Love. Read. at 3:00 AM No comments: 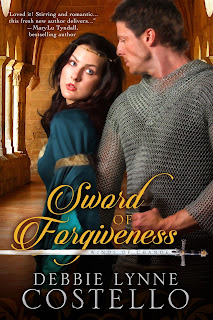 Review: The Shepherd of the Hills by Harold Bell Wright

The Shepherd of the Hills is the classic story of the stranger who takes the Old Trail deep into the Ozark mountains, many miles from civilization. His appearance signals intellect and culture, yet his countenance is marked by grief and disappointment. He is a man with a mission, yet one which no one understands. What is his purpose in taking on the lowly work of tending work of tending local sheep? And how is it that he befriends these simple hill folk, despite his coming from the world beyond the ridges?

I'm giving this book 4.5 stars. I don't know why I let this sit on my shelf for so very long. It's such a compelling story, and while you're reading it you feel transported back to that time. Although, now that I've finished it, it seems to be an almost passive book.... but I think that's only because of the writing style. It's written in the same tone as Christy and Not My Will. The style that is so simple, yet so deep at the same time. It's an emotional book, and the mystery of who Dad Howitt really is slowly unfolds throughout. The ending is sad, so sad, but fitting. The last several chapters are so.... I think poignant is the word I'm looking for, but I'm not sure. While I wanted to cry a couple times while reading, I didn't . Then I finished the book, closed it, and promptly started crying. I honestly have no doubts why this book is considered a Christian classic. The characters are wonderful, the dialect is familiar to this Southern gal, and the truths timeless. Yes, this was definitely worth the read. And now looking at what I've written it's almost as passive as the book itself, and I'm not sure that I've done a good job describing it. I hope I have, and I hope you read this book. 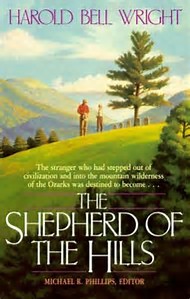 (If you can't read the print on the cover it reads "The stranger who had stepped out of civilization and into the mountain wilderness of the Ozarks was destined to become...
The Shepherd of the Hills" and of that isn't a statement that makes you feel the pull of this book... then you've got problems I can't fix ;) )