escape the pain of her past. She continues her career of illusion after her mentor’s death, intent on burying her true identity.
But when a rival performer’s act goes tragically wrong, the newly formed FBI calls on Wren to speak the truth—and reveal her real name to the world. She transfers her skills for misdirection from the stage to the back halls of vaudeville, as she finds herself the unlikely partner in the FBI’s investigation. All the while Houdini’s words echo in her mind: Whatever occurs, the crowd must believe it’s what you meant to happen. She knows that if anyone digs too deep, secrets long kept hidden may find their way to the surface—and shatter her carefully controlled world."

What a way to kickstart 2019! This is the first book I've officially read this year. And I just got it today. This book has been low-key in the back of my mind since I read this review on it long ago. What a treat to pick up my own copy today!

I'm giving this masterpiece 5 stars! This is actually one that makes me want to break the top open with a 6th star... just for the record. Forget Houdini! The true "illusionist" here is Cambron! With characters that are multifaceted beyond compare, and a plot that shocks you with every new turn, you can't go wrong with this book. Let's start with the most obvious, which is a cover that is intriguing to say the least. But as it's said in Mary Poppins Returns..."A cover is not the book, so open it up and take a look"..... And truly, we did start with a show-stopping first line that was almost a low-intensity sentence compared to the rest of this fast-paced story- "Agent Elliot Matthews stared down a firing squad."- It only gets better (should I say "worse"?) from there! Let's mention that our two main characters are simply incredible! And while, of course, we couldn't get away from romance, (Not that I'm saying we must), it wasn't rushed/hurried, and the timetable was splendid also, as a crime ring didn't come crashing down three days after the first chapter! I will admit to knowing the real bad guy, but only because years of  reading mysteries have me cluing in on what's hidden in plain sight. However... Motives... those were well hidden. Every thread we pull throughout this story brings another layer to the story, and soon the readers are left with very little clue of whom to trust. Excellently written, marvelously interwoven, magically enchanting. This book has set the bar high for the rest of the year.

Only one thing makes me sad... I'll never again read this book for the first time.

Glad to have added a new author to my list of favorites! 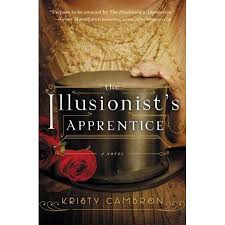