Review: From This Moment by Elizabeth Camden

Romulus White has wanted Stella West to work for him for three years. Now he may get the opportunity but Stella has other things on her mind , like finding out who killed her sister Gwendolyn. But Stella gets close and makes the killer uncomfortable. Things get dangerous and Romulus is somewhere in the middle, trying to keep his magazine a float and trying to help Stella.


Absolutley no doubt that this is a 5⭐️ Worth reading again and again.
1: It had so many plot twists. Just as I began to think trust him I got thrown the other way. Don't trust anyone but Romulus Evelyn and Clyde. That's what I learned. Because everyone has their own side. They may still be good but good isn't the same as trustworthy.

2: Evelyn and Clyde have the sweetest storyline. Willingness to work together after a crisis. Love it.

3: Romulus doesn't laugh at Stella's convictions about the murder of her sister. He takes her seriously. I love how they make the perfect team. They always have each other backs.

4: All the characters mature as the story goes along. You like them at the beginning but you love them by the end.

5: Honesty is so stressed. It solves so many problems. And harmony also. I just love this author. 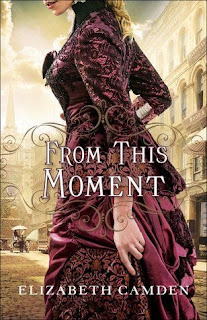 I received this book in exchange for my honest review
Posted by Live. Love. Read. at 4:38 PM