Review: A Match of Wits by Jen Turano

Agatha is happily causing chaos wherever she goes as she travels the wild west searching for great stories for her newspaper. When she stumbles upon the man she once loved, Zayne Beckett, obviously in need of some guidance (AND minus one Helena....) Agatha decides to take him in hand. Her bodyguard Mr. Blackheart and paid companion Drusilla have learned to just go with it. Zayne, however, tries to resist. (As if anyone could win an argument with Agatha Watson!)Unfortunately, the person who wanted to kill Agatha, spurring her westward journey, is still up to his old tricks. Thankfully, Agatha proves to be hard to kill. Now if only she could nip her growing feelings for Zayne....

1: I have a ton of stuff to say, but if I wait to talk about Mathilda, I might just burst! Mathilda is my favorite! She's hilarious, she's great at guarding, she's a little touchy, she rarely takes the great advice Agatha gives her, and she's very protective. I thought at first that she would be just a "first two chapters" character. I was so glad when Agatha brought her home. OHHHH...... Did I mention that Mathilda is a P-I-G? A very smart one at that! 😂😂😂😂

2: Okay, back to the rail (I think I might have derailed the train a bit there.... maybe not....) Anywho.... Jen Turano is such a great author. Honestly, if anyone else did this I'd probably think it terribly cheesy. There is a really great balance here. And while some of these situations are unbelievable, I do realize that in some cases... this could be completely plausible. I went from chuckles, to giggles, to brother-staring-at-you-because-you're-so-loud laughter.

3: The characters were amazing. From Agatha, and her ability to make any situation dangerous, to Drusilla, who happens to be able to handle a pistol quite well, From Mr. Blackwell, who won't let anyone know his given name, to Mary, an assassin who is terrible, I mean TERRIBLE!, at her job, every character begs to be loved. Oh, did I mention 8-year-old Piper, who just happens to be the key to straightening out the mess Zayne is making. Honestly.... the characters were everything in this story.

4: As far as bad guys go, well... this one was... hilarious is a given, but I was going to say, devious. I think I had him pegged after the Mathilda affair, but I wasn't sure. Honestly, his reasons for hating Agatha had me wavering between laughing and indignation. Of course, I also consider that awful Helena a bad guy. Her new fiancé though.... he's the best!

5: The epilogue! Yes! I was so excited. It was too perfect! (As if you couldn't tell by the absurd number of exclamation points here!) 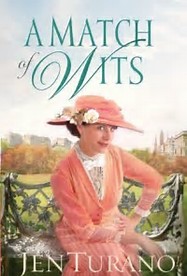