"As a biochemist in early 1900s New York, Doctor Rosalind Werner has dedicated her life to the crusade against water-borne diseases. She is at the forefront of a groundbreaking technology that will change the way water is delivered to every household in the city- but only if she can get people to believe in her work.

Newly appointed Commissioner of Water for New York Nicholas Drake is highly skeptical of Rosalind and her team's techniques. When a brewing court case throws him into direct confrontation with her, he is suprised by his reaction to the lovely scientist.

Whole Rosalind and Nick wage a private war against their own attraction. they stand firmly on opposite sides of a battle that will impact far more than just their own lives. As the controversy grows more public and inflammatory and Rosalind becomes the target of an unknown enemy, these two rivals will face higher stakes than they ever could have known."


Elizabeth Camden never ceases to amaze me with her books. They deal with personal conflict and strife in a very realistic way. And there always seems to be some sense of danger or urgency. While I wouldn't classify this as a mystery, or even a suspense novel, I would say that this book had all of the elements of an edge-of-your-seat sort of story. I enjoyed the character development in this book so very much. Our villain even had me fooled for a bit. And made me a little angry at my old friends Lucy and Colin. I enjoyed getting to see glimpses of them in this book. While this book does build on the foundation of its predecessor, it can be read as a stand-alone. Not that I would recommend that! I loved book one a lot too, and I can't wait to see Eloise's character brought out more in book three. The wonderful love and craziness between Rosalind and Nick is enough to make me recommend this book, but add into that the awesome, fairly unique story-line and this book just shoots out of the ballpark. And you might even learn something! I know I always do when I read her books! I'm giving this book 5 stars and hoping to see more of Sadie and little Amanda in Eloise's story. I hope that you'll pick this book up for yourself and fall in love with the characters as much as I did. 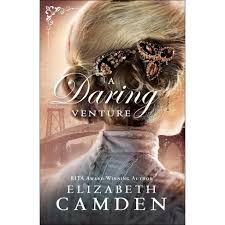 I received this book from the publishers in exchange for my honest review.
Posted by Live. Love. Read. at 6:28 PM