This is the third book in the Dragon's Courage series. Books 1&2 (Dragon's Future and Dragon's Heir) are already on this blog.

This book starts with Kyn, one of the main characters from Dragon's Future, feeling like he has no place where he is. A lot of this is because he had a twin that died as an infant. He finds help in Ben'hyamene, the brother of Sarai (from book 2). Together the two go to a land called the Carr and help bring peace between the people there and the wild drakes (dragons). On the way, they find the source for the unreasonable anger and depression that the people of the Carr are suffering from.

5 star again! I am in love with this series!

1: Every story has a different setting. The first one was the canyons of the north, the second was the desert, and this story is set in the marshy mountainous Carr. And each setting has a different main color for their drgaons which I find very cool.

2: Again, the plot was different and interesting and awesome. This one keeps the excitement up for the rest of the series. It is just as good as the others in this series. I might even like it better than the second one. (Although I think the first one is still my favorite, so far)

3: I have no clue how Turqueso and Aislin did that thing to Ben'hyamene's hand ( I mean I know they breathed on it or whatever but) but that was so awesome. SO awesome.

4: I was so excited that Kyn and Ben'hyamene were able to find that bond that Kyn was looking for from missing his twin so much. And then Calum and Renfrow was possibly the sweetest thing ever. The mental communication, whether between people or people and dragons, is seriously amazing. I love it.

5: WarNinG---- Chapter 22 (I'm not gonna say what is in it but) you should have tissues on hand. This is the first book in this series that made me actually cry. I mean I almost did in the first one, but I actually did in this one. Someone help! 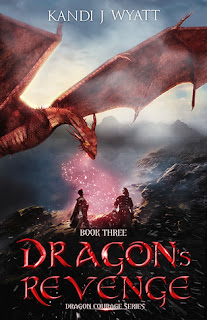 Thanks once again, Pam Labbe!