When a series of circumstances beyond her control leaves Rosalyn Bernay alone and penniless in London, she chances upon a job backstage at a theater putting on the most popular show in the city. A talented musician and singer, she feels immediately at home and soon becomes enthralled with the idea of pursuing a career on the stage. That is, as long as the shadows from her past don't catch up with her.

After a hand injury forces Nate Moran from his army regiment in India, he returns home to London, a place that holds bitter memories. He agrees to fill in temporarily as a stagehand while his brother recuperates from a broken leg, but Nate is counting down the days until he can rejoin his regiment. His future is decided---until he meets a beautiful woman who has found a new lease on life in the very place Nate yearns to leave behind.

1: Okay, so best idea ever. Get Spotify (if you don't already have it, just get the free version on your PC. That's what I use. However, on the phone it's less okay.) and search Gilbert and Sullivan, and then you can find them as an artist page. They have a couple songs from Pirates, but a TON of songs from Pinafore. Listen to it on low while you're reading. It adds the most magical touch to the story.
(Sorry, that was quite the ramble.)

2: I enjoyed learning about the Opera Comique, and the actors and singers there. Everything captured my imagination so much. It was a very unique story, and I don't remember reading anything like it. Which is quite refreshing. And of course, the Gilbert and Sullivan story-line was super awesome!

3: I love a story that has both the main characters growing in their walk with the Lord, learning to lean on Him and trust more. What a sweet sweet part of this story that was, for both Rosalyn and Nate. I'm sure you're going to love this story.

5: The cover is one of my favorite covers ever. It's so beautiful, and the raised lettering, y'all know I can't resist. See! 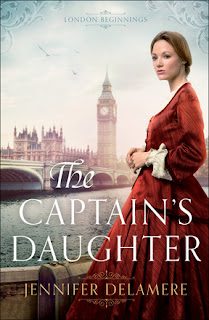 (Also, I loved the author's last name... which has nothing to do with anything. I just thought it looked sort of similar to my grandparents' name, Delamarter)

I received this book for free from LitFuse. This is my honest review. 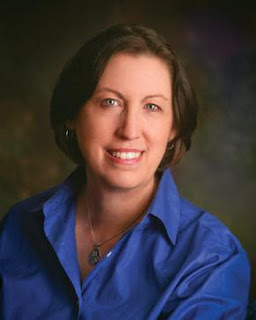 Jennifer Delamere's debut Victorian romance, An Heiress at Heart, was a 2013 RITA award finalist in the inspirational category. Her follow-up novel, A Lady Most Lovely, received a starred review from Publishers Weekly and the Maggie Award for Excellence from Georgia Romance Writers. Jennifer earned a BA in English from McGill University in Montreal, where she became fluent in French and developed an abiding passion for winter sports. She's been an editor of nonfiction and educational materials for nearly two decades and lives in North Carolina with her husband.

Visit her online at www.jenniferdelamere.com.


Check out the landing page here:

Pick up your copy on Amazon: Here's a link

If you'd like to see more reviews of this book, it's on tour with LitFuse, and I can send you to other reviews if you want.

Sound off in the comments! I'd love to know what you thought!

https://open.spotify.com/album/2JNJtQd4uSTXk1QMf3IxrL (That's a link to the music to Pinafore!)