This book....is literally....... a collection of letters from "Father Christmas". They were addressed to the Tolkien children and span from 1920-1943. This book review was one that I had hoped to post on Christmas Eve, but I really wanted you to be able to pick it up at the library and read it before Christmas. Also, this one isn't going to use my typical 12345 layout, simply because the book wasn't in chapters. It was just a lot of letters. Super sweet letters though! I loved it. The letters are addresses to John, Michael, Christopher, and Priscilla Tolkien. The original letters (the copy if the book I read had pictures of these in it) were written in a scrawly shaky handwriting, that of Father Christmas. Also, several bits were written by the North Polar Bear. (He gets into a lot of mischief!) Most of the letters were accompanied by beautiful, colorful pictures. Those that weren't came with a wonderful explanation as to why there was no time for drawing. Some of the letters (especially those during WW2) reference a large battle with bad goblins that destroyed lots of gifts, hence the reason Father Christmas couldn't bring as many that year. I found myself drawn into the story, and even feeling a little sad as one by one the children became too old to hang stockings or to write letters to Father Christmas, even though I know it was just make-believe. Bottom line-- Go get it and read it with your family. The antics of Polar Bear and his nephews especially will keep the kids quite entertained! 5 Stars for this wonderful Christmas story! 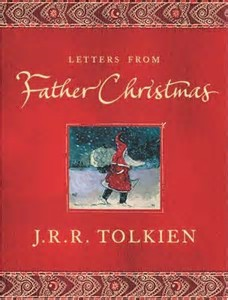