Hey guys! It's December 4th and here is my first Christmas book review!!

In Pony Express Christmas Bride Josephine runs away from her uncle who is trying to marry her off to an old drunkard gambler as debt payment. She answers a mail-order bride ad and joins the Pony Express to get west. Once she arrives, Josephine is dismayed to learn that Thomas did not place the ad. It was his brother Phillip who posed as Thomas. Now Jo must convince Thomas to marry her before her uncle, or the man he owes, shows up to claim her, since she has a couple of months before her 21st birthday.


This book was SO good! It gets 5 stars!

1: The plot itself was just so sweet and the characters were deep, with pasts that scared them and kept them from moving forward. The changes that came over them as the story went on was realistic and beautiful!

2: The book was filled with a lot of teasing between characters, and a lot of humor in general. Examples include shoving snow down someone's neck, getting back at Phillip in a million different ways for his trickery, and all around banter.

3: It was definitely not a book you could just put down and come back to later. This one pretty much screams "Read Me" from the beautiful cover to the magical Christmas story inside.

4: This story had a lot of emphasis on adoption and family of the heart, a subject that fascinates me a lot. I will read just about any story that has to do with adoption. Rebecca's interaction with her adopted children and with her new daughter-in-law are priceless.

5: I love the way they fight it, this feeling of love. As if they could resist when they are sooo perfect for each other!! And then the epilogue....aaaaaauuuugh!!!! So perfect! 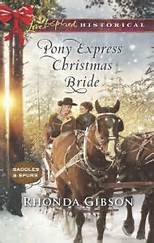