Review: In Every Heartbeat by Kim Vogel Sawyer

WARINING: THIS REVIEW IS GOING TO BE SO FULL OF SPOILERS. I'M GOING TO RANT AND RAVE AND PROBABLY TELL EVERY SINGLE THING THAT HAPPENS IN THE END, SO YOU MAY NOT WANT TO CONTINUE.

Well, now that you've had sufficient warning, I guess if you're still reading this you're very brave. I'm going to put the official blurb first, and then keep on with this paragraph....

Three best friends, three cherished dreams, three searching hearts... As three friends who grew up in the same orphanage head off to college together, they each harbor a special plan for the future. Libby Conley hopes to become a famous journalist. Pete Leidig believes God has called him to study to become a minister. And Bennett Martin plans to pledge a fraternity, find a place to belong, and have as much fun as possible. But as tensions rise around the world on the brink of World War I, the friends' differing aspirations and opinions begin to divide them, as well. When Libby makes a shocking discovery about Pete's family, will it drive a final wedge between the friends or bond them in ways they never anticipated?


Okay, now back to the ranting. I'm going to embarrass myself. I can already tell, but I finished this book, sat and cried (whether from frustration or enjoyment, I can't tell, although I'd guess it's a bit of both) and then spent the next 30 minutes cleaning. And I was so fired up that I got a lot done. Dishes, laundry, clutter, bathroom, sweeping, vacuuming.... I was just working through this, trying to digest. I honestly can't even imagine putting this review in my usual 1-5 format. I read this book because I LOVED the first book in this series. Maelle is a character who is constantly coming back to my mind. It's been a year since I read My Heart Remembers (or close to a year....) and still it pops into my head all the time. It's the book that made me a Kim Vogel Sawyer fan. I read it straight through. And I was so excited when Maelle was in this book too. I honestly wanted the whole thing to be in Libby's POV. Pete's was okay though. I didn't care for Bennet at all. I spent the whole book getting ready for Maelle to adopt Libby at the end, but instead she called her her "handpicked little sister" which is super sweet and all, but y'all know I have this thing about adoption. I wanted it to happen so badly that it took me forever to fall asleep. (I had to stop on page 175) I woke up at 7 this morning, and couldn't go back to sleep anticipating it. And the ending just fell short of what I had hoped because of that. And I know it shouldn't have. But I just wanted it so much. Don't get me wrong, I loved the story, it had me in tears multiple times, but oh... I mean, I even resented Hannah and Hester... which is ridiculous. The ending between Pete and Libby was great though. The engagement broach was so sweet, and Maelle's silent approval from across the room meant so much to Libby that I teared up again. That one was a plus. The ending doesn't mention Bennet at all, which I honestly didn't realize till halfway through doing dishes because I didn't particularly care for him. I'm so glad I read this book, but that one little blip made me do this.... awful excuse for a review. Which I do apologize for, but I'm not going to change it. It just might be the most honest one I've done so far.... But please, don't let me scare you off of this book. That would be awful. Do read it. The college setting really hit home, thinking about this upcoming semester. Thankfully, BJU has a 99.99999% chance of having much better cafeteria food. There were lots of almost shocking twists and Libby's coming to Christ was the absolute best! There were so many good things about this book, and now that I've gotten ^that^ out of my system, I can see that more clearly. I want to give this book 4.5 stars, but I'm afraid after that rant that would seem very weird. So, decide what rating you'd think I give it, just know that I do recommend this book and the one before it too.

Okay.... that was a lot of words all at once. I hope it wasn't too much, but I'm not holding my breath. Thanks for sticking it out, if you've made it this far. You're the best! 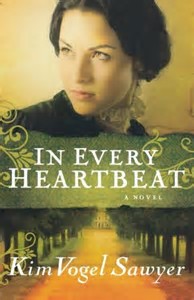