Today there's a very special guest on the blog, author Cara Putman. (She's totally amazinggggg!) Over Christmas break I read one of her books for the first time and I was hooked. I'm oddly attracted by suspense books that focus more on the lawyer/court side of things than the police side, although I enjoy both. Today, Cara's going to tell us more about her latest release and her upcoming release. 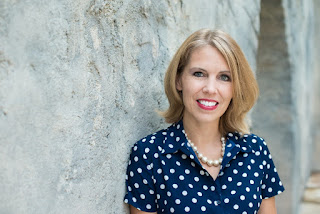 Cara, thanks so much for agreeing to this interview! I'm so excited for today!

What do you love most about your newest release?

Flight Risk allowed me to explore a slightly older heroine (she’s turning 40), which allowed her to have a series of competencies while still being a growing and evolving character. The hero also had a slightly Gibbs (from NCIS) feel even though he’s a reporter rather than a crime investigator. I was also able to marry my love of journalism with the law, which made for a strong clash of independent characters. Add in my favorite city (Washington, DC), and it was just plain fun.

Who was your favorite character and why?

Savannah Daniel was originally modeled off my mentor in law school. Victoria was about five years older than me, but because she’d gone straight to law school was further along in that career. So in earlier books Savannah is the woman with the sage, steady advice. Then as I started fleshing her out for her book, she got traces of me. Since I’m in my mid forties, I added some of the questions my friends and I wrestle with. Yes we know who we are, but sometimes there are disappointments and regrets that we can allow to trap us. I wanted to give Savannah a choice on whether to move forward or stay trapped. You’ll have to read the book to see which she does ;-)

What do you hope readers take away from the story?

The theme in a nutshell is how do we find truth in a fake news world? Truth matters. Even more today. But why does it matter? The Bible couldn't be clearer that the truth sets us free, so it is worth the hard work of confronting it and mining for it.

What is your next book going to be, and what can you tell us about it?

I’m in the second round of edits for Lethal Intent right now. In Lethal Intent, the heroine Caroline Bragg has started a new job with a start-up that works in pharmaceutical/oncology research. There’s suspense, romance, and a bit of tension, plus a passel of cute kids because her boyfriend runs a foster group home. I LOVE the interactions he has with the kids. As a former NFL football player, the kids show his teddy bear side.

What is the absolute best thing about being an author?

Getting to partner with God in creativity. I don’t mean for that to sound all woo-woo. But we are created in God’s image. The first part of his image that’s displayed in the Bible is Creation. I think we get the idea you have to have a special call to be creative: be an Einstein or Van Gogh or Dickens. But we all have pieces of that in us. When I’m writing, I get to actively partner with God in that part of my personality.

Do you have any pets who are your muses while writing?

As I’m answering this, our new puppy is running around the patio next to me. Our cat Simba is the inspiration for Jaime’s cat in Delayed Justice. The pets actually become active representations of their owners in that one. As the pets move closer to each other (a dog and cat), you see the owners take steps toward each other. Brandon has a cat, Frodo, in Lethal Intent, but I need to give him a bit more screen time. Note to self as I work through the edits :-) 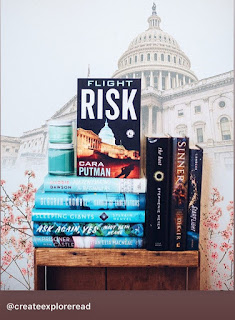 Biography
Since the time she could read Nancy Drew, Cara has wanted to write mysteries. In 2005 she attended a book signing at her local Christian bookstore. The rest, as they say, was history. There she met a fellow Indiana writer Colleen Coble. With prompting from her husband, Cara shared her dream with Colleen. Since those infamous words, Cara’s been writing award-winning books. She is currently writing book 33 and dreaming up future books, not hard when she sees what-ifs everywhere.
Cara Putman is an active member of ACFW and gives back to the writing community through her service on Executive Board. She has also been the Indiana ACFW chapter president and served as the Area Coordinator for Indiana.
Cara is also an attorney, full-time lecturer at a Big Ten university, active in women's ministry, and all around crazy woman. Crazy about God, her husband and her kids that is. She graduated with honors from the University of Nebraska-Lincoln (Go Huskers!), George Mason Law School, and Purdue University’s Krannert School of Management. You can learn more about Cara at www.caraputman.com

Thank you, Cara, for giving us a peek into your world today!