Note: This post was taken from a post I did on my own blog last year. You can find it here.

Merriam-Webster’s online dictionary defines allegory as “the expression by means of symbolic fictional figures and actions of truths or generalizations about human existence” or as “a symbolic representation.” A synonym for allegory would be parable or fable, which would be stories with a moral or theme.

In Christian fantasy when we talk about allegory, we usually mean a story that is a symbolic representation of Christianity. Or, as the parables in the Bible are usually defined, “an earthly story with a Heavenly meaning.”

Often, Christian storytellers won’t tell a full allegory, but will opt for writing a story that has some allegorical elements. This means that much of the story is there for the story while some parts of it have a deeper meaning. Another way of thinking about it is that there is the book level story going on, then there is the allegorical story going on buried beneath.

Stories with allegorical elements could also be called suppositions. They are basically a giant “what if” question. This is how C.S. Lewis wrote The Chronicles of Narnia. He staunchly resisted the idea that they were allegories and instead called them suppositions. They are his answers to the question, “What if God created a world called Narnia with talking beasts and moving, talking trees? How would Jesus Christ be revealed in this world?”

Thus, stories with allegorical elements hinge on the fact that God is an unchanging God. Even if the how changes so that the setting is now a fantasy world with talking animals or singing trees, God as He is revealed in the Bible does not change.

But, should a Christian write an allegorical story? God, in His good pleasure, made this world the way it is for a reason. Should we even dabble in speculating on how God would be presented in a different world?

But what about allegories? Should those be attempted? Aren’t those perhaps a little out of the bounds of this world?

As mentioned above, parable is actually listed as a synonym for allegory. It could be said that Jesus spoke in allegories when He told parables.

In a rather interesting parable, Jesus told the story of Lazarus and the rich man where the rich man in Hell can talk to Lazarus in Heaven (Luke 16:19-31). There are many differing doctrines on Hell and Heaven in Christianity, but most would agree that there probably isn’t communication between those in Heaven and those in Hell. So not only did Jesus tell a fictional story, it is a fictional story with elements that don’t happen according to how God is pleased to order this world.

Not only that, but our God is a fantastical God not confined by the laws of nature He is pleased to work through and control in the world we see around us. The Bible is filled with miracles and wonders the likes of which we don’t see around us today. But just because we don’t see things like a world-wide Flood or people being raised from the dead or wooden staffs turning into snakes or the sun standing still in the sky doesn’t mean they didn’t happen or that God is no longer powerful enough to do wonders like that anymore. He is still a powerful God. A fantastical God who can perform wonders beyond our imagination. Historical fiction can’t capture that in the way that fantasy can.

This, then, is what Christian authors are mimicking when writing allegories and stories with allegorical elements. We are using a story-telling and truth-telling pattern God has already established in the Bible. These stories function much like the Old Testament in that they use pictures, types, and symbols to point to God.

So, yes. I firmly believe Christian can write and read Christian fantasy stories and allegories. The Bible is filled with stories of all genres, everything from true accounts to fiction to, yes, even speculative fiction and stories containing “fantasy” elements that display God’s power over the Creation.

When I set out to write Dagger’s Sleep, I quickly learned that writing an allegorical story is downright terrifying. When writing The Blades of Acktar, I was mostly writing ordinary Christian fiction, just set in a place that doesn’t line up with any country, place, time, culture, or era in our real world. In Christian fantasy circles, this genre is often called kingdom adventure because it is an action-adventure that doesn’t have any elements that aren’t normally found in our world, yet it is set in a made-up country.

Honestly, if I were a smarter author, I probably would have avoided writing anything even remotely allegorical. They can be stomach-ulcer-inducing worrisome to write. And even harder to market and sell.

Dagger’s Sleep and its sequels Midnight’s Curse and Poison’s Dance are allegorical stories, rather than full allegories. They have plenty of adventure, dangers, and elements to the story that aren’t part of the allegory but are there for the entertaining story. The series can be read as just stories.

But as I was writing, I discovered that fairy tales lend themselves very well to allegorical writing. The original fairy tales were often used to convey morals and lessons and were rarely mere stories for entertainment. They are filled with themes of temptation and humility and good ultimately winning over evil. They are, in a sense, already allegorical. It didn’t take much to emphasize that a little bit more.

Whether you read Beyond the Tales as simple fairy tale retellings or you read them for the allegorical elements, I hope you enjoy the stories! 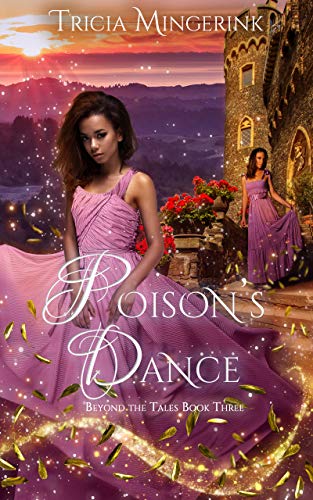