First off, let me just say, I haven't finished this book yet! I'm working on it, really I am, but honestly right now so many things are happening in my brain. So far, I'm loving it. I'm intrigued and my interest is piqued. I want to know what happens next, and I want to know now!

I promise to update my review soon!!!

In the meantime, enjoy this mini interview! 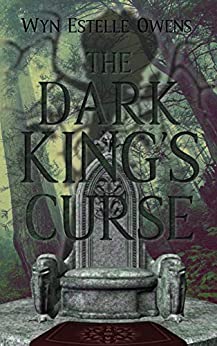 1: Is there a character you just love to hate or one that you think comes across as a very misunderstood individual?

A character I love to hate? Hmm, I’d have to say that would be my villain. Because of his situation and how he became the person he is now, he tends to make me very mad, at a rate unsurpassed by any villain I’ve written thus far.

2: What was your favorite part about worldbuilding?

Figuring out how I wanted the Gates of the Realms to work. I didn’t fully figure it out until very late in the process, but it was really fun. The scenery especially was delightful to imagine.

3: Did your story take any major twists that veered away from your original plot (With or without your permission)?

Lots, actually. Two characters, for instance, showed up later in the plotting process but quickly took over most of the story. I find that especially amusing as these two characters that showed up late and out of nowhere have turned out to be the fan-favorites. Otherwise, it was small things, like pieces that had already been there for a while suddenly shoving themselves into the spotlight and informing me they were actually important and could solve all my problems. Which was quite nice and helpful of them, as I was driving myself insane trying to figure things out.