Athdar Owain is a hunted wanderer, one determined to keep his secrets and the treasure he carries safe at all costs. When he rescues the Kingdom of Giliosthay’s prince from raiders, he’s rewarded by being forced into the king’s elite Silver Guard. While this gives Athdar a temporary home and some protection from those hunting him, it also makes him responsible for the young prince, who still bears curses from the raiders, and seven enchantress princesses with curses as mysterious and dangerous as their brother’s.Princess Thea of Giliosthay is a Realm Walker. Betrayed by a trusted guard, her rare gift of enchantment is used to curse her brother and trap herself and her six sisters into a nightly dance with dragons in a secret Realm. The Realm’s prince has the ability to take and twist her magic for his own purposes, and Thea fears what those might be. For when one dances with a prince, a kingdom might be at stake.Athdar alone can save them, but to trust enchanters is to risk exposure. And Athdar isn’t sure where his loyalties lie.

Wrought of Silver and Ravens is a clean Twelve Dancing Princesses retelling set in The Magic Collectors story world.

This book has the most fantastic worldbuilding going on... The detail and the history built into this place is superb. And for the most part, I don't even get lost, which can happen sometimes with high fantasy. Instead, I'm over here rolling through this book and loving it. The characters are super awesome, and honestly, I'm still not sure whom to trust and whom not to. There's a complexity here that can be really hard to get a hold of, but I think we've got a winner here, folks. That being said, I definitely want a prequel and a few sequels. The magic is perfect, not too allegorical but also not too creepy. Classic good versus evil, except now there are grey areas like in real life and that makes the words just pop and the story come to life. I've read a lot of fantasy, and this... this is good stuff right here. Totally recommending this. Like... my feelings for this book are similar to the feelings I get from Patrick W Carr (Which are good feelings... I'm sure I've expounded on him at some point on the blog) Well done! 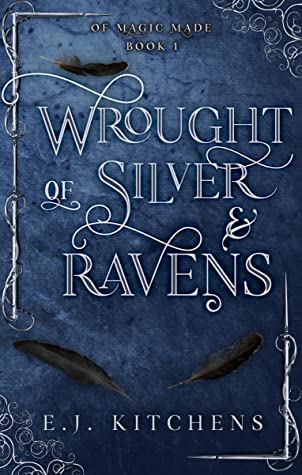 As always, though the book was complimentary, my opinions are dreadfully, and enthusiastically honest.

1: Who was your favorite character to work with and why?

This is such a tough question! I love so many of the characters. But I guess I have to say Athdar. I don’t know exactly why but he really came alive and brought other characters to life with him. He’s an introvert who’s lost his family and for various reasons (some real, some prejudice, some a matter of him being pretty independent) doesn’t trust easily. I really enjoyed his growing relationship with the Silver Guards, especially the captain of the Silver Guard, Galen, who has a fatherly affection for Athdar and who has to put up with a lot before Athdar comes to admit he’s pretty fond of Galen too.

2: What is your favorite part of the writing process?

Daydreaming about the story and then writing to figure out what happens next. Sometimes, I can daydream scenes and connections, and sometimes I just need to sit down and write to find out what happens. I enjoy it when things take an unexpected turn and end up so much better, even if different, than what I first thought. I originally had one paragraph of Athdar’s journey from where Galen finds him with the kidnapped prince to Doromou castle, but then I decided to re-write it to introduce some of the other Silver Guards more naturally, and I’m so glad I did because things happened I never would have thought of and the characters developed so much better. One bland paragraph became a couple of exciting, character-filled chapters. Also, I love it when I get to visualize in my mind (and hopefully help readers visualize) really cool scenes or scenes I think readers will want to think about again later because they are funny or romantic or tug on your heart for some other reason.

3: What do you hope will resonate the most with readers?

Hmm. I write stories for entertainment and not for a message, but the characters or stories always end up having something to say despite that. For Wrought of Silver and Ravens, two things stand out to me, one from the story overall and one from Princess Thea. The first involves the setting; it’s the ancient world—one of war and sickness. Death was common for all ages, but those who lived, lived. There’s not a lot of death in the story, but each character has experienced the death of one or more loved ones and the threat of attack or attacks themselves. That was just a part of life. I guess it ended up being a reminder to me that the things that are happening in 2020 aren’t really all that unique, that plenty of people throughout history have faced pain, suffering, and the threat/occurrence of violence and sickness and kept going. So can we.

The second one involves Thea. She’s confronted with dragons, which aren’t supposed to exist. Prince Cerav claims they are men transformed into dragons, which isn’t supposed to be  possible, at least according to what Holy Scripture says … or what she was told it said. I’m not exactly the most logical person or clearest thinker at times, but I think studying logic, learning to go to the source rather than merely go with what others tell you, and studying apologetics are very important things to do. With the recent death of apologist Ravi Zacharias, it just seemed fitting to strengthen the thread where Thea has to handle a challenge to what she believes and make other tough decisions.