Sequel to Too Close To Home, this is the story of Samantha's sister Jamie. After a decade of crippling fear, Jamie is starting to come out of her shell. She's got a job at the mortuary, and she's good at it. And a handsome FBI man named Dakota has sparks flying. But when a case starts bringing back the horrible nightmares and flashbacks, Jamie may have to face the fact that he's back.

1: I like scary books. I just do. And a mystery isn't worth the read if you don't have tingles running up and down your spine, or jump at the least provocation. Lynette Eason has given me chills with every book of hers I've read so far. If you're looking for a new author to try, look no farther! Warning: It's a dark book, and a lil but gruesome.

2: Ok, this is gonna sound whatever, but I totally had him pegged from the first time I saw his name. Lucky guess, or learning to be a detective, I couldn't tell you. But I do know, it feels good to get it right every once in a while!

3: I simply couldn't get enough of  Dakota and Jamie! Seriously though. I loved the back and forth dynamics of their relationship. I enjoyed getting to watch and to feel their relationship growing. It was perfect! All of the people were amazing and such strong characters, characters that I want to meet! So badly.... (no but really, why hasn't this series been made into movies yet?)

4: For those of us who need a sequel to at least have a pretty good reference to the first one, so far as romance lines go... man oh man! This might be a SPOILER if you haven't read book 1, but I was so so so so so happy when I read that Sam and Connor got married that I had to stop and take a second so I wouldn't screech. (I have a bad habit of doing that!) I wished there had been a few speaking lines for Jenna, would've liked to have seen what she thought of Jamie, and a relationship there, but that's okay! The book was amazing. And then I hoped against all hope and just about died when I realized (pretty quickly) what was going on with Sam. So where I was going with all this was, quite satisfactory!

5: OH MY WORD!! Kit called Dakota "big guy" and I seriously about died!  I can't wait to learn more about Kit and get to know her better in the next book (which I will be starting very soon!) because that is probably going to be one crazy roller-coaster there! 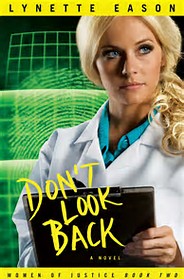