Review: A Love So True by Melissa Jagears

Evelyn Wisely loves working at the local orphanage, but her heart can't ignore the women of Teaville who are also in need. Her boss is willing to help build a shelter for them, but only if she gains the cooperation and financial support of other local businessmen.

While David Kingsman plans to stay in Teaville just long enough to get his father's business back on solid ground, he's intrigued by Evelyn's cause and finds himself more invested with each passing day.

Will their plans and partnership fall apart when confronted with all that is stacked against them, or can they trust in God's plan despite it all? (Not my words, as if you couldn't tell already!)

1: I loved the orphanage storyline! I'm so interested in orphanages and one day I might work at one if I can! The kids were adorable and they added a lot to the story even though they weren't on every page!

2: When I found out what Evelyn's secret was.... well let's just say that it was the most surprising plot twist I think I've ever read, though maybe not. I can't think.... but this one was definitely a top 3 contender at the least!

3: I really was drawn to this book, as far as choosing it, by the orphanage part, not necessarily the women who also needed help, and I'll admit that that part did not appeal to me as much, even though it was a larger part of the story, but that's not because of bad writing it was just personal preference. And I do admire Evelyn and David's wanting to help those women.

4: One thing hat was really cool was that the story started with David's POV (I don't really remember any other books that start with the guy's POV) and at first I was confused, but then it wound up being awesome because the first time we see Evelyn it's not out of her eyes but the eyes of a stranger.

5: You guys know that I'm a sucker for the perfect ending... and I absolutely adore epilogue when done right! And this one was. done. SO. well! I bout burst into tears at the beauty of it. I'm such a wimp about fictional characters. 😂😂😂 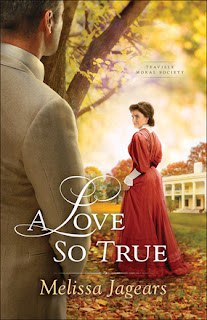 I received this book in exchange for my honest review.